Note: this article contains spoilers about the game's story and features. 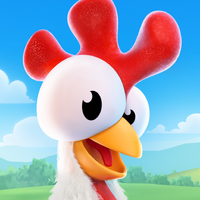 Hay Day is an international freemium farming simulator video game developed by Supercell, a Finnish video game company. Hay Day was released on June 21, 2012 on iOS and on November 20, 2013 on Android.

The game currently has no linear plot and the player has free rein over their farm. There is no end-game scenario, as the game is constantly updated (although some argue that when you have unlocked all products and have completed all achievements the game has come to an end, in a way).

Retrieved from "https://hayday.fandom.com/wiki/Hay_Day?oldid=96944"
Community content is available under CC-BY-SA unless otherwise noted.