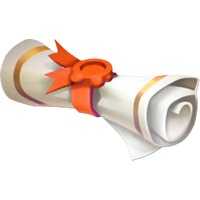 They are unlocked at experience level 25.

Unlike other expansion items, the permits are not stored in the barn.

Unlike other expansion items, permits cannot be bought or sold.

Permits can be obtained when players:

At their first appearance, they could also be obtained when a player:

...but these possibilities were removed in a subsequent update. Subsequently, they were added back to "huge" mystery boxes, but not to "regular" or "large" mystery boxes.

Once players have the number of permits needed to unlock all areas, they will not get any more permits (unless and until new plots requiring permits are added in subsequent updates).

A total of 643 permits are needed to clear all 50 expansion areas that were introduced through the Summer 2021 update. Detailed maps of each expansion area can be found here.