Start a Wiki
Thematic derbies are derbies where some tasks are worth more points and players have better chances to win some rewards.

400-point tasks are the same as 320-point tasks. During thematic derbies, they are simply worth 25% more points. However, during mystery derbies, even tasks normally worth less than 320 points may show up as 400-point tasks.

All tasks in the thematic derbies will also increase combo tasks that contain tasks or production items specified in the theme. This means there will also be a higher rate of appearance of items not mentioned in the theme by virtual of their being present in the combos along with the specified items.

Thematic derbies are not always exactly the same. This article lists the most recent versions. 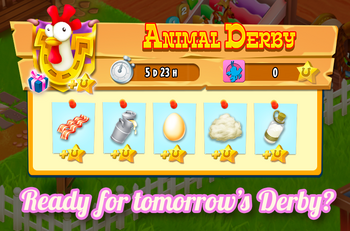 Bingo derbies increase chances to win extra rewards or extra points. Neighborhood members are given a random bingo card where they can try and complete one to three lines (horizontally, vertically or diagonally).

Lines are composed of squares. Each square shows an usual derby task, which must be accomplished once or several times. The usual derby continues normally. Accomplished bingo squares have a blue background.

There are no combo(basket) tasks on the Bingo card.

Strategy tips - You can complete 3 lines in any method: horizontal, vertical, or diagonal.  As of the Fall 2018 update, the game no longer ends when the first bingo line is completed.  You can complete one line at a time, if you wish, to score all 3 lines.

However, keep in mind each player can do only the usual 9 tasks (10 tasks with spending diamonds) and this can limit how many bingo lines you can complete if you don't plan carefully. For Reward Bingo derbies, each completed bingo line gives you one extra reward column, so you might wish to go for the maximum three bingo lines and possibly forfeit ending in the top three places in the derby. 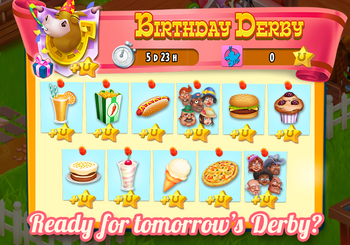 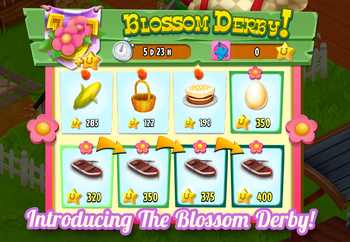 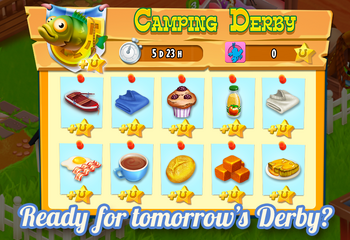 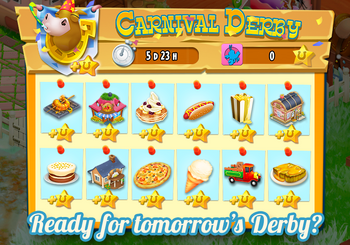 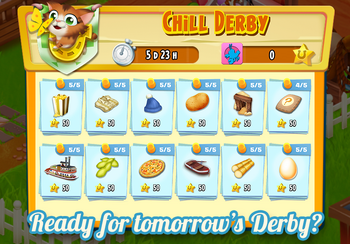 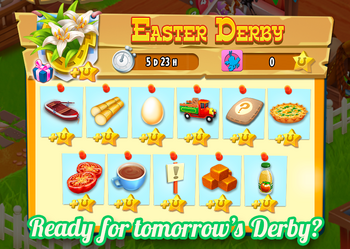 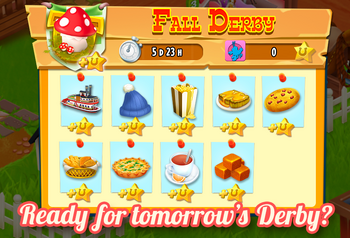 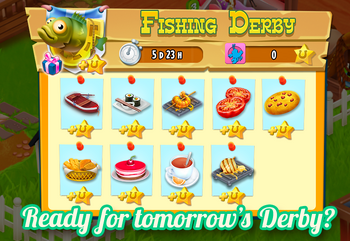 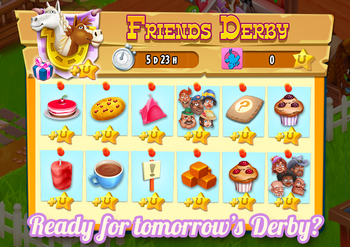 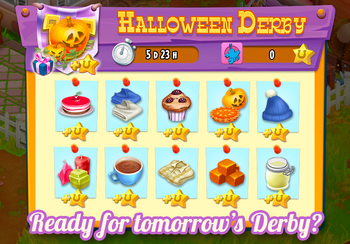 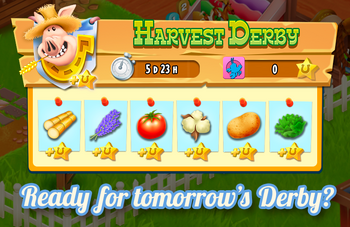 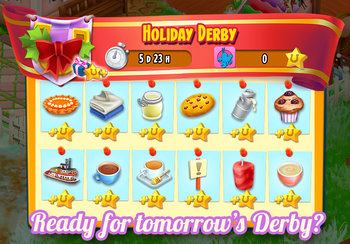 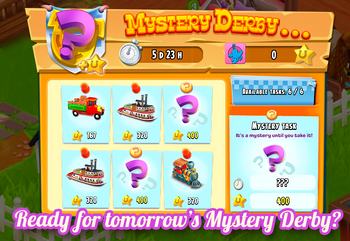 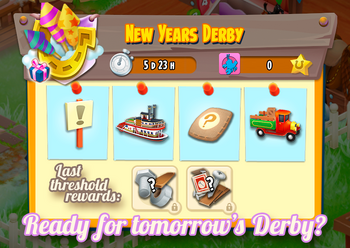 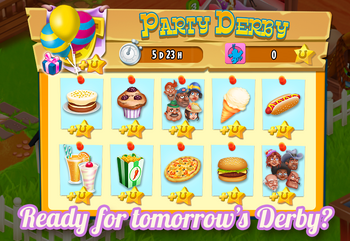 These are worth a maximum of 400 points. Players also get better chances to win expansion items for the barn and silo. 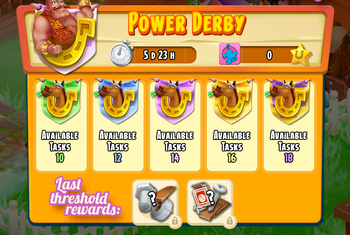 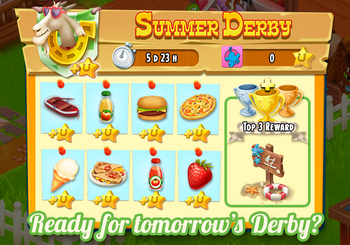 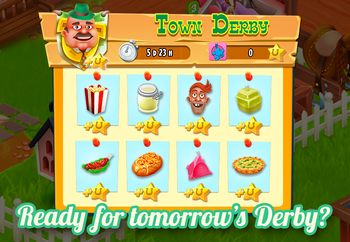 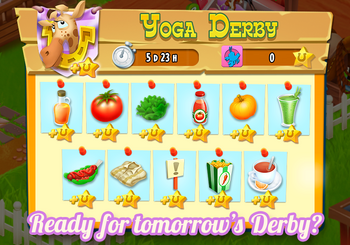 Retrieved from "https://hayday.fandom.com/wiki/Derby_Types?oldid=95932"
Community content is available under CC-BY-SA unless otherwise noted.